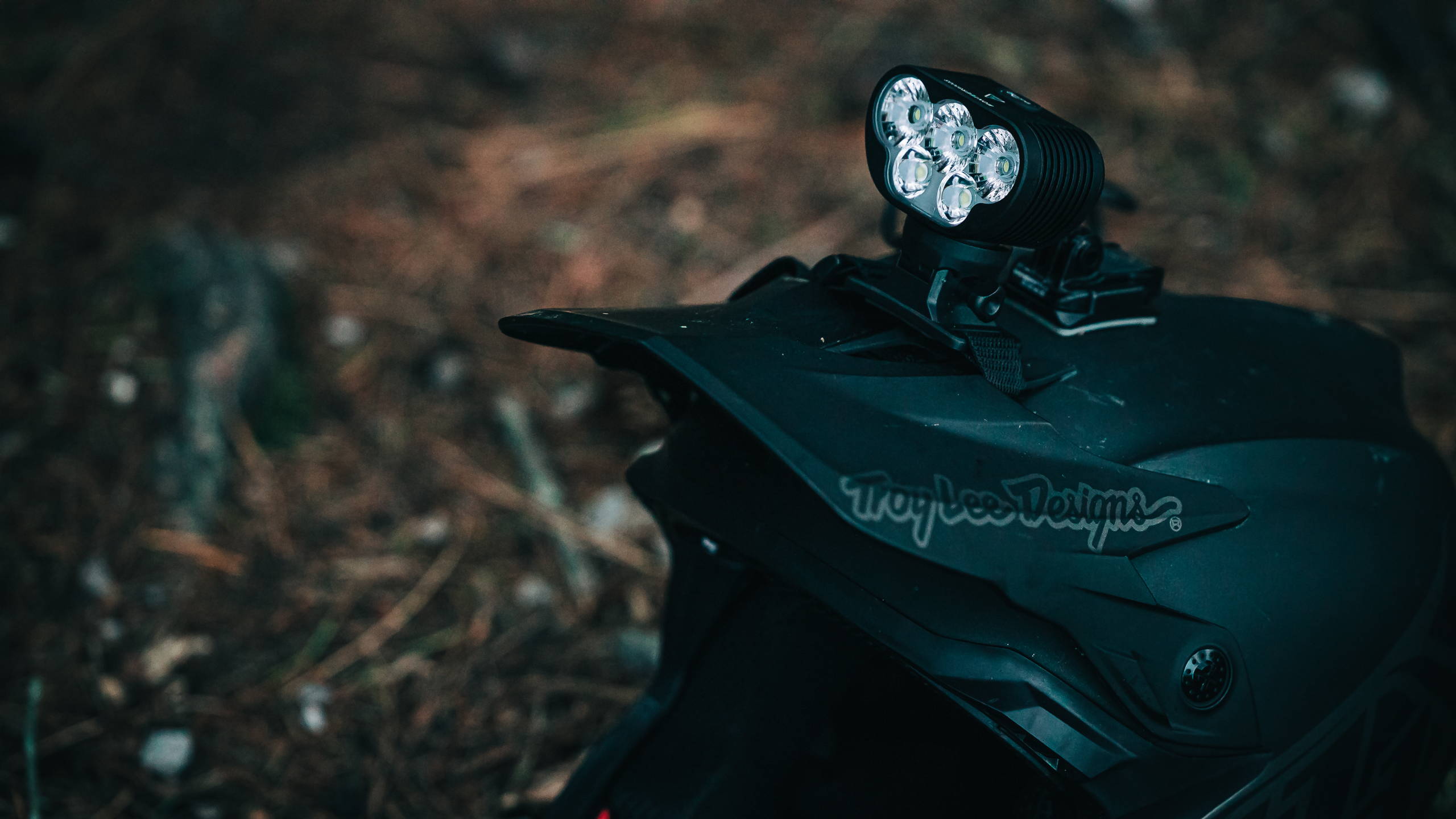 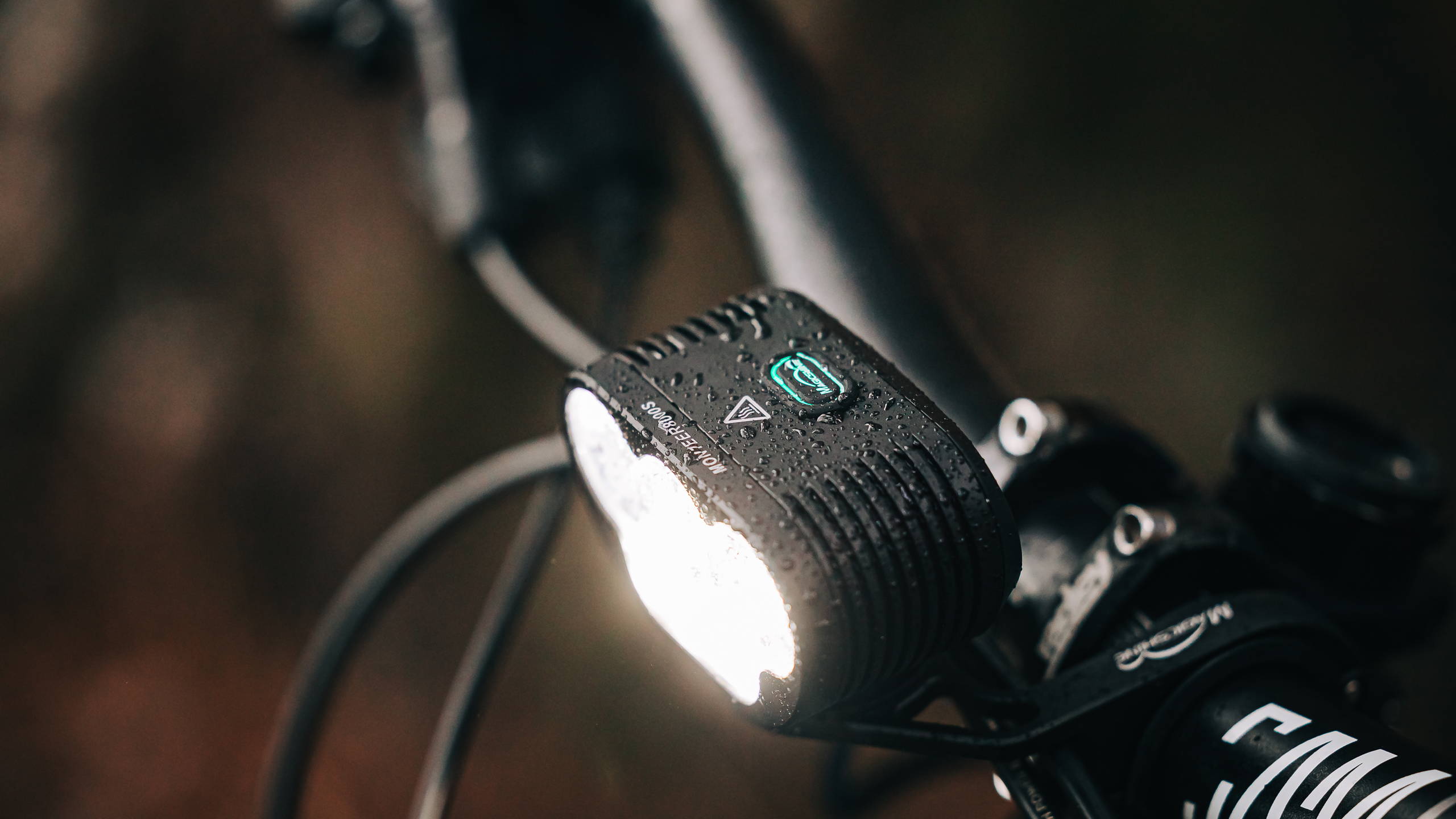 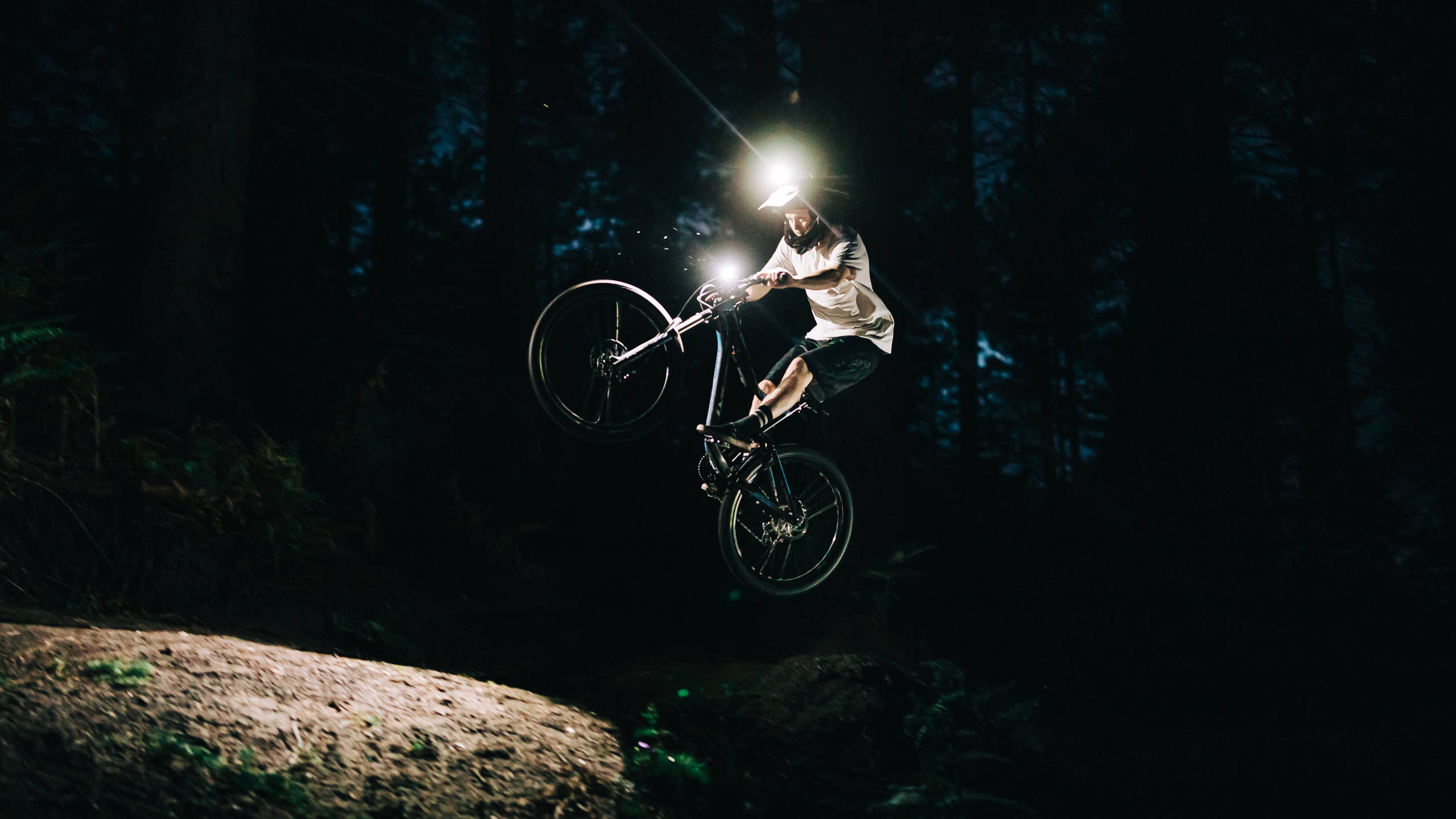 Magicshine MONTEER 6500S  is going to cover everything on your way and be your best adventure companion. Paired with 5 top CREE® LEDs, custom- engineered multiple flats lamp cups, and the combination of 32°and 21°beam angle, MONTEER 6500S is able to deliver the perfect balance of flood and spot light beam, allows you to see every stone on the way, maintain the fastest movements and enjoy the most aggressive night riding experience.
WHAT ARE INCLUDED:
MONTEER 6500S x 1
MJ-6118 battery pack x 1
Aluminum Handlebar mount x 1
USB-C cable x 1
3mm hex x 1
User Manual x 1 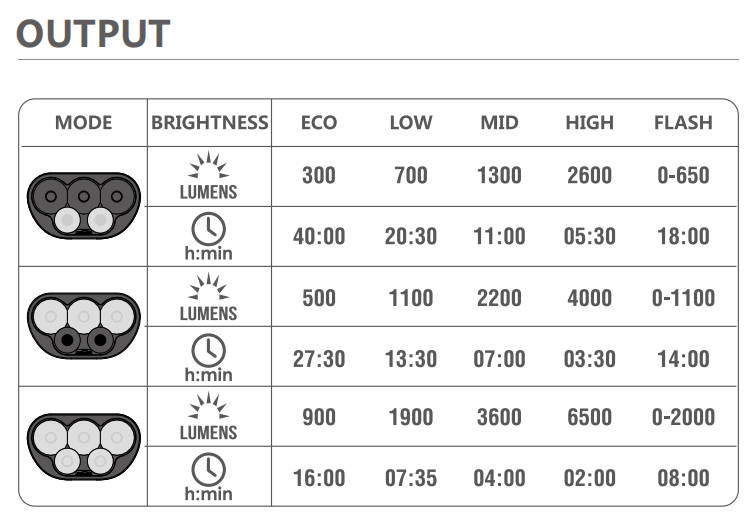 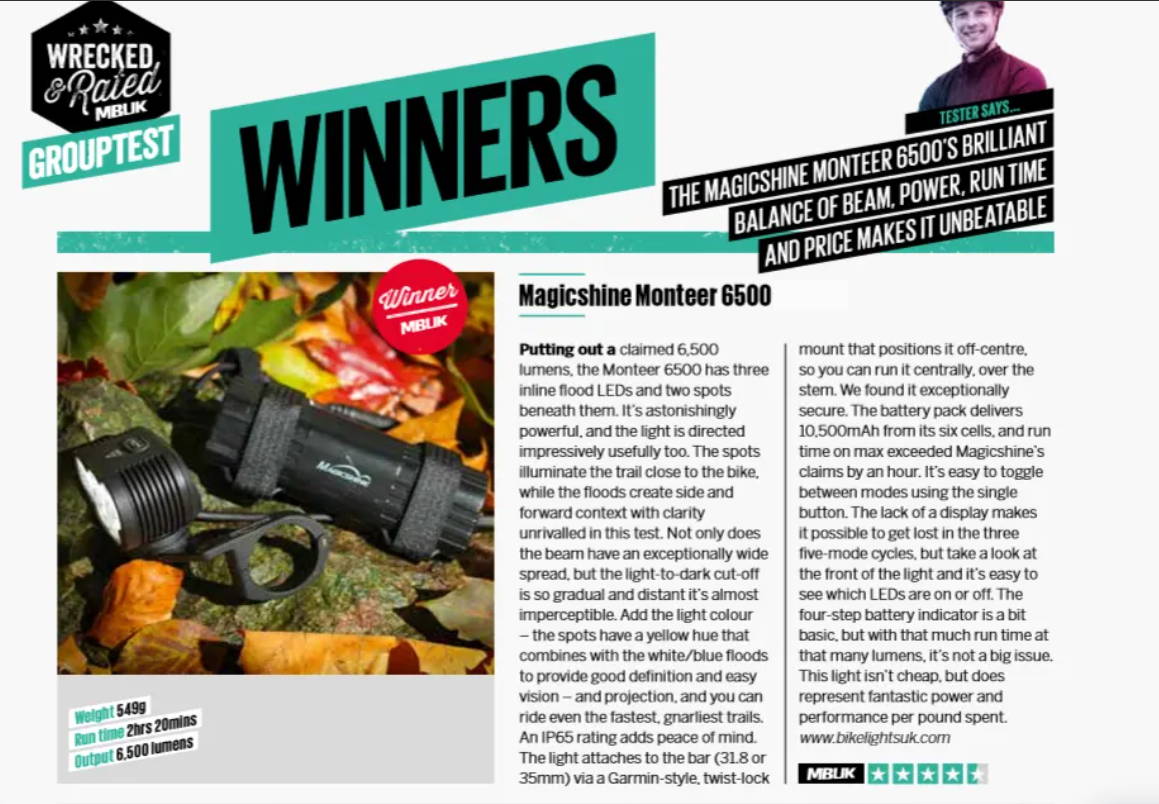 Our review The power, spread and colour of the light emitted from the five LEDs is magical, making it one of the best-performing lights I’ve used in recent times. The side-to-side spread and cut-off is exceptional too Pros: Unbeatable spread of light; awesome LED colour Cons: No battery or mode indicator Skip to view product specifications Putting out a whopping claimed 6,500 lumens from a five LED head unit, the Magicshine Monteer should be an impressive performer. It has three inline flood LEDs, two spot LEDs and there’s a single large power and mode change button on the top of the light that indicates battery percentage with changes in colour: green means 100 to 70 per cent of battery, blue between 70 and 30 per cent, red less than 30 per cent, and it flashes red when the battery’s life reaches 10 per cent or lower. At 150 lumens there’s a claimed maximum run time of 82 hours. Although the button doesn’t indicate which of the 15 modes the light is in, it does cycle between 6,500 lumens, 4,000 lumens, 2,000 lumens, 900 lumens and a flashing mode that puts out 4,000 lumens. Best downhill mountain bikes Best mountain bike pedals.

A long push turns the light off, while a double push when the light is on activates the second and third set of modes. The head and battery units are connected using a long cable, measuring 63cm in total, with the longer part attached to the head unit. The cable attaches using a unidirectional push fit with arrows to indicate correct alignment.

It has an IP65 dust and waterproof rating and comes supplied with a handlebar mount that uses a Garmin-style twist-lock fitment. The mount is compatible with both 31.8mm and 35mm bars with the supplied shims. It’s off centre so it’s possible to mount the light directly over the stem, centrally on the bars. The separate battery pack has a total of 151Wh spread across six cells. There are two Velcro straps that should attach the thin and relatively long battery to most locations on a bike and the pack has a concave internal shape to help it sit securely on frames. It also features a thermal protection mode where the light’s output is reduced if it gets too hot. Launch Gallery.

In the maximum 5,000 and 4,000 lumen modes the light is astonishingly powerful and the usefulness of this power is impressive to boot. The light’s spot LEDs illuminate the trail close to the bike while the floods do a great job of creating side-to-side and forward visibility with unrivalled clarity. The beam’s projection, colour and overall power mean that this is a light that’s best suited to some of the gnarliest, fastest, twistiest trails out there. The spot lights have a distinctly yellow hue that, combined with the white/blue flood, create a perfect mix of definition and visibility.

By The Sweet Cyclists

Magicshine has long been associated with affordable and bright bike lights for commuting and mountain biking with the Monteer 6500 being one of their brightest offerings with an impressive 6500 lumen output and wired battery design. In this review, we’ll be looking at the new Magicshine 6500S that utilizes upgraded LEDs, improved optics, and an updated battery pack. Although the 6500S may look similar to the previous model, the updates bring higher output in the lower modes while also extending the run-time. Unlike many cheap bike lights on the market with falsely claimed high outputs, the Monteer 6500S has a measured 6500 lumen max output and a generous 2 hour run-time at the max setting.With a retail price of $349, the Monteer 6500S isn’t a cheap bike light, but at less than $19 per lumen it is one of the best values on the market. One of the more notable updates to the light is Magicshine’s updated MJ-6118 battery pack which consists of four 21700 Lithium ion batteries for an improved 7.2V / 10,000 mAh capacity. The 6500S is part of the updated Magicshine Monteer line that includes lower models such as the Monteer 3500S and 5000S as well as an even brighter Monteer 8000S. Note the 6500S and 8000S are actually quite similar (same housing and battery pack) although the 8000S offers the higher 8000 lumen output (and a $50 higher retail price) and a corresponding further beam reach which is why many of our takeaways are quite similar.