ALLTY 2000 is a multifunctional bike light with maximum 2000 lumens of light output.
It is the best choice for both road and trail cycling.
The creative OLED screen can display lighting mode, battery level, and the available running time, to help riders make cycling plan more scientifically. 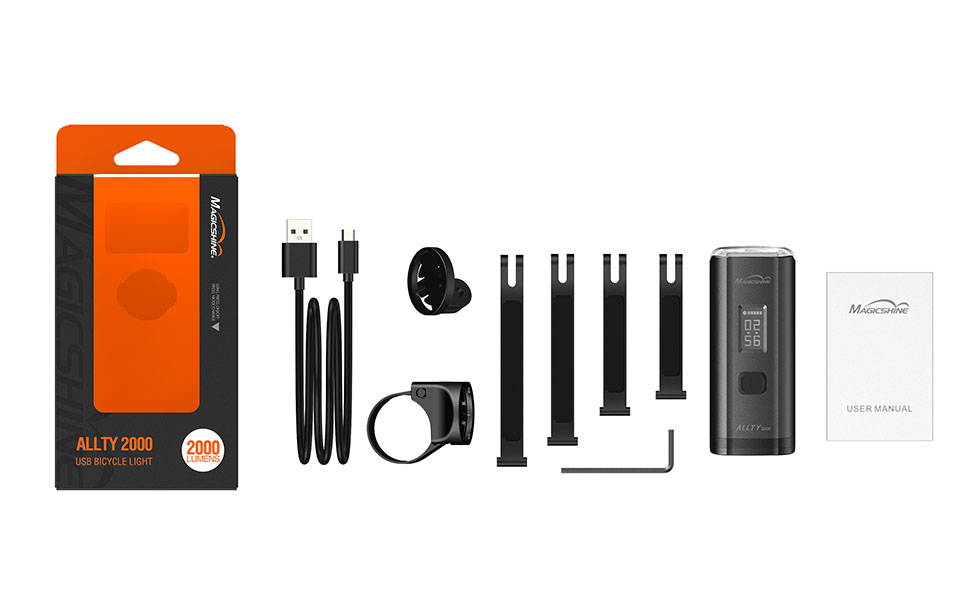 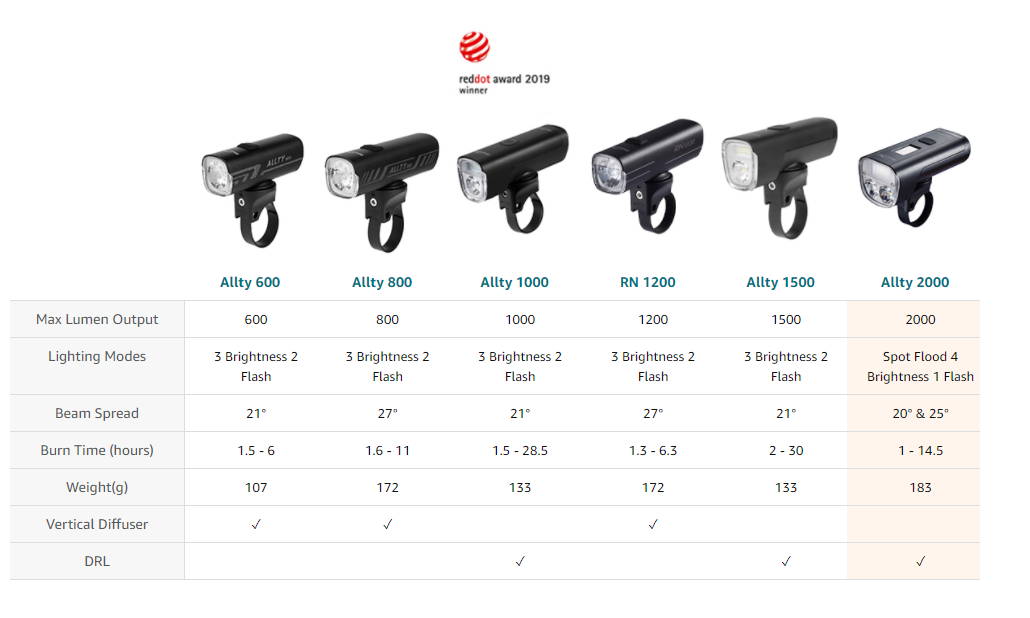 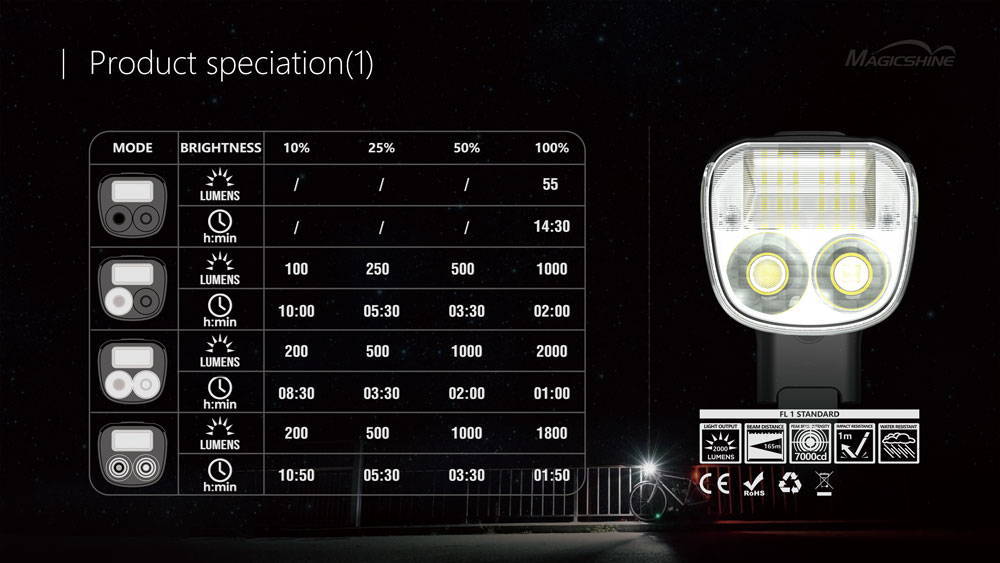 It wasn’t long ago that commuter bicycle headlights were basic low lumen lights with bulky mounts.

Not only does the Allty 2000 incorporate two Cree XM-L2 V60 LEDs, but there is an additional low-output LED designed

to be used as a day-time-running-light (DRL).

With a retail price of $149.99, the Allty 2000 is aimed at cyclists or commuters who want a high-powered all-in-one headlight.

The modern exterior design is complemented by the three light element design and a built-in Garmin style quarter turn mount.

This makes the Allty 2000 a top choice for those running out-in-front style Garmin mounts, as you don’t need an additional adapter to mount the light.

The light is also rated at IPX5 and is powered by two 18650 Li-ion batteries with a micro USB charging port.

The Li-ion batteries uses a cartridge style encasing for 3500 mAh of power and runtimes that range from 14.5 hours for DRL only down to 1 hour for the full 2000 lumen output. Let’s take a detailed look at the Allty 2000.