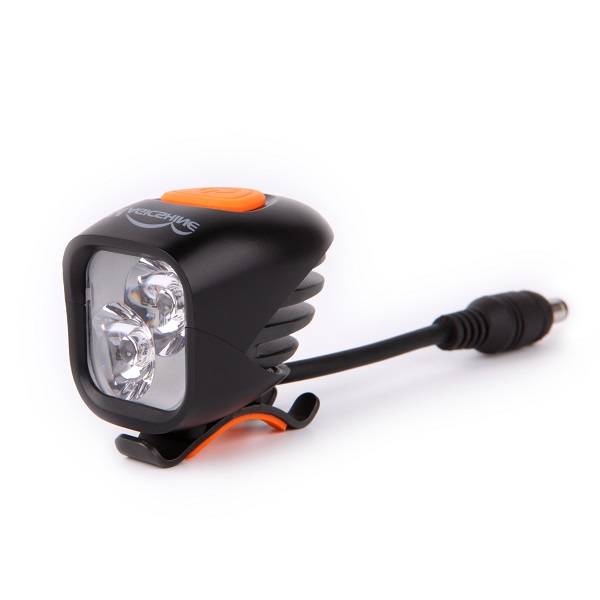 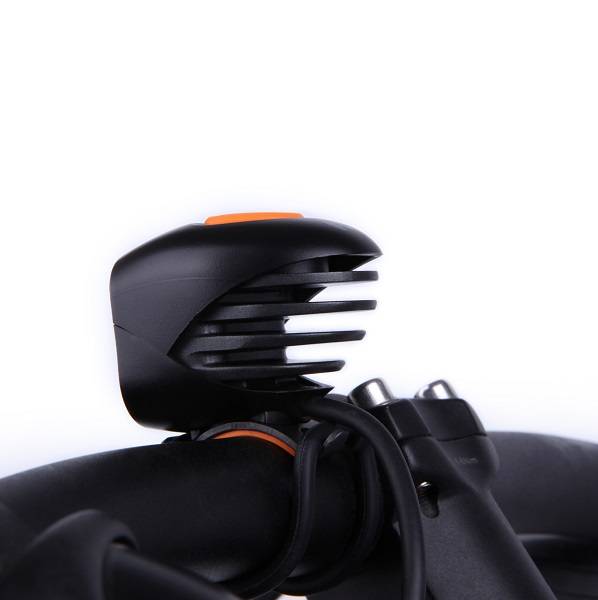 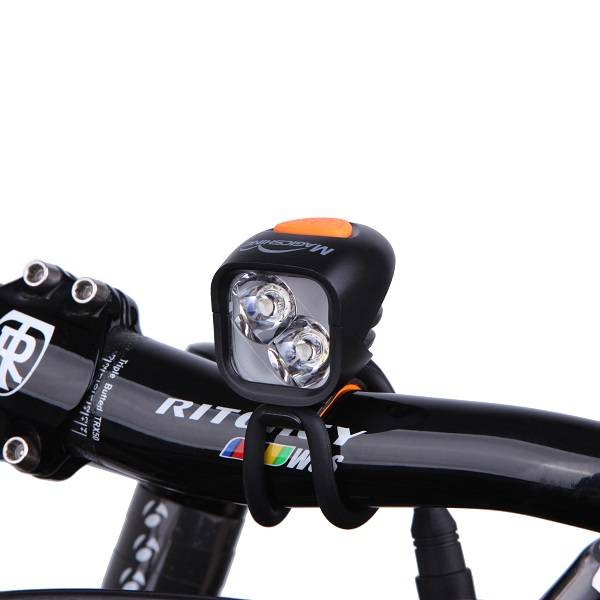 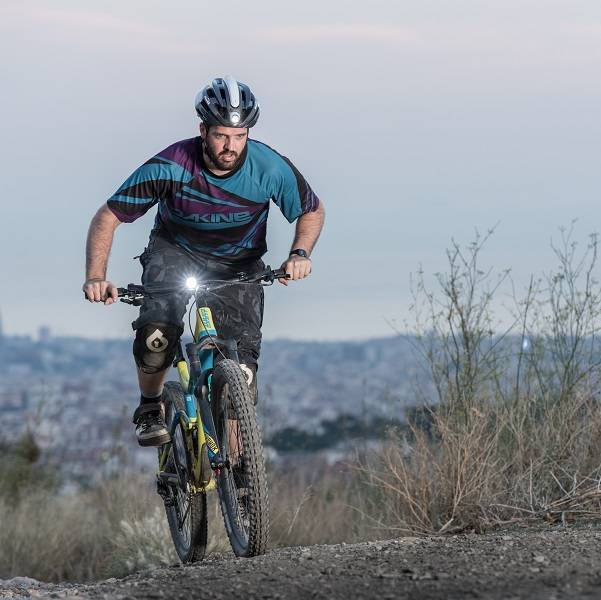 MJ-902 COMBO is a bicycle combo head light and rear light set, which can be operated by the 2.4G wireless remote control button or the button located on top of the light head. It’s the premium choice for mass majority of riders. 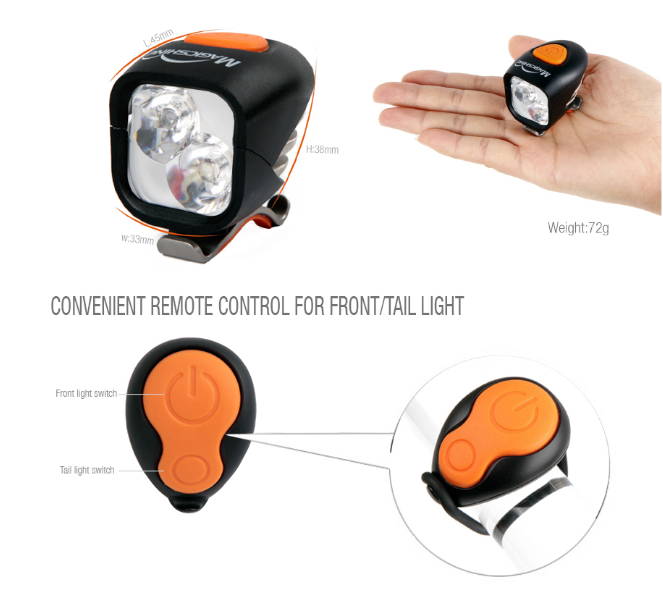 The MJ-902 consists of a very compact front light with four modes (three steady, one flash), a tiny rear light, a battery pack and a remote button. The 5.2Ah 7.4V battery pack provides a massive 2,000-lumen output via two Cree XM-L2 LEDs and a claimed run-time of 3.2 hours in the brightest setting, over 12 hours in its lowest.

I got closer to 4 hours with the front light, so it surpassed expectations in that respect.Our Beam Comparison test (see below) shows that the light doesn't actually achieve the claimed 2,000-lumen output. Still, in use it's undeniably a bright light and easily forges a clear path in the murky darkness and helps you to pick out hazards such as potholes and patches of gravel. While it's short on claimed output, it makes use of the available output well, with a beam pattern that is generously wide and far-reaching in depth.Fitting the lights to the bike is easy.

The battery pack can be strapped to the top tube with soft straps that do not ruin your paintwork, and the lights attach to the seatpost and handlebar with rubber O-rings. During use, the lights stayed put and the front light didn't bounce around at all.

The system doesn't add much weight to the bike. The battery weighs about 300g and the front light is just 60g. But it does look a bit messy, with cables snaking around the top tube – one good reason for choosing a cable-free setup – though there's also a benefit to not having all that weight and bulk on the handlebar.Rather unusually, the lights come with a remote control. This could come in handy if you were using the light on a helmet for off-road cycling, as you could control it from the handlebar. I used it, but decided it wasn't necessary as it's another button on the handlebar when there's already one on top of the light, and didn't use it for the remainder of the test.

The front light offers three steady modes: 100%, 50% and 30% and a flashing mode. The top rubber button cycles through the modes, but to cycle through the three steady modes you have to go through the flash and off modes – not ideal, especially when riding through dark country lanes and alternating between maximum output for descents and dimming for oncoming traffic. Being plunged into darkness isn't much fun when you're cycling through the modes back to maximum. (I always run two lights, so less of a problem than it could have been – but as with the BBB Strike that Jez tested, it's a weak point in a modern light.)The 50% output mode is generous enough for steady speed commuting on familiar roads; I found I could pretty much leave it in that one setting for the majority of the time. (And avoid being plunged into darkness...)

The rear light similarly offers several modes and is extraordinarily bright, and because it's so small it's easy to find space on the seatpost or even seatstay. A top mounted rubber button switches through the various modes.I've been using the lights for evening training and the 60km trip to the office, and the Magicshine has put in a decent performance. It's been reliable and has dealt with being caked in mud and blasted with water, both from the sky and hose pipe.Its biggest attraction is offering a complete system with a front and rear light powered off the same battery. For regular commuting with lots of country roads and lanes this is a bonus, as you only have to worry about charging a single battery. While it's not as bright as claimed, it's clearly bright enough, and the beam pattern makes it a very useable light – especially if you don't have to change modes.